So I'm sitting out here enjoying the outdoors, and I realized it has been a long, long time since we've talked about phones, too long, actually! So let's talk about phones. Now, I tell you, today is the perfect day to talk about phones because it's Pie Day! Mmm, pie! And I also like new versions of Android, which is actually what we're talking about, so let's do this! Some general talk about the state of phones today, and what I think and Android 9.0 Pie.

So let's start with phones, and here's where I stand on things a little more than halfway through 2018. So I tell you, I'm worrying more and more about security these days, and that's partly just because I'm old, but it's also because I've got a kid who's using a phone more and more these days, and I need her stuff to be safe, so a phone that gets regular updates is a huge deal for me!

My two phones of choice for most of this year, Google Pixel 2XL and the iPhone X. Yes, I'm still calling it X. Can I tell you, I love the hardware on the iPhone X. It's sorta the perfect mix between screen size and just overall phone size, and yeah, I got over the notch, it's just not that big a deal. I'm not 100% sold on face ID still, I mean, it works fine. It works remarkably well, actually, especially when you're wearing sunglasses or even have a hat on, but I've just found it to be a little bit slower than a fingerprint sensor is, and I still prefer to have my fingerprint sensors on the back of the phone. The new mimoji, they're fun, I guess, I mean, I set it up, but I haven't used one since, because I'm old, I'm a grownup. But I tell you, the speaker on the iPhone X, oh, my God! I mean, it was really good before on the eight, it's even better on the X, it's incredible how good that thing is! I tell you, I've kinda given up on looking dumb just in general but also with the airpods. They're that good, believe the hype, OK? It's a really nice mix of sound quality and just ease of use. You just put 'em in, and they work. Software wise, though, for me, it's all about Android, OK? Hey, that's a great name for a show, actually!

So I've been using Android 9.0 in beta since it came out, and now we can call it Pie, just Pie. Are we OK with that? Just Pie. The biggest thing here, of course, is that the Pie we've been using on the Pixel phone is not the same Pie that you're gonna end up with eventually, whenever that is, on the the Galaxy S9 or LG's phones or Sony's or whomever's. In fact, depending on how old your phone is, you might never see it. Now, Google and Android and all the manufacturers have gotten better at getting updates out, and especially now we that have Project Treble in Pie, which is gonna help that even further, but it's still early days yet, and it's far from perfect. So for me, I want updates, I'm using a Pixel. Now the biggest new thing with Pie, and especially on the Pixel, is, yeah, the launcher. Things look and act a lot different. Starts with the gestures. Yeah, it's a little clunky, it's easy enough to get used to, and you'll figure it out, and you just, you know, swipe a lot more, very iPhonesque, yeah. And I love how they finally fixed the way you control volume, whether it's the internal system sounds or something you're watching, and it finally just works! Thank you!

There's this new adaptive battery thing, as well, that works with the apps and everything, and tries to control things even better. You're battery life is gonna be mixed, mine's been OK. I think it will get even better as we go along, though. There's a lot more in Pie, of course. That's the big stuff, and we don't even have some of it yet. It's still not here. Later this fall, we're gonna get all this digital wellbeing stuff, which helps you use your phone even less. I don't know how I feel about that stuff. I have to wait till I actually use it. I still think, if I want to put my phone away, I should just put my damn phone away and be an adult about it, I shouldn't need an app to tell me to stop using apps. On the other hand, obviously, we're all addicted and use these things more than we should, so maybe something to help us put our phones down isn't the worst idea in the world. So the Pixel 2XL and the iPhone X, those are my two main phones, and I still swap back and forth all the time. So it's not to say there aren't a lot of really other good phones that have come out this year.

I've got the Oneplus Six, it is an excellent option, especially if you travel overseas, because then you can leave your home SIM in it and still have the same phone number and stuff, so people can call you, but then you can pop in a local SIM and use local data, which is way less expensive then roaming all the time. Motorola just came out with some really interesting stuff with its latest and the new moto mods that are gonna let you do 5G later, whenever 5G comes out. It's not really anything you need to worry too much about, but it's still fun to see. Then there's the LG Thinq G7, it's a horrible, horrible name, but it's not the world's worst phone, and especially because you have that screen to body ratio, it's a lot more like the iPhone, and I really look forward to more phones looking like that. Want a keyboard? The Blackberry Key2. I'm old, but I'm not that old, so I don't really need a keyboard, but it's still a really good phone, and Blackberry's done a really good job of keeping them updated. But me? Yeah, I'm sticking with the iPhone X and the Pixel 2XL. At least, OK, until the Pixel Three comes out later this fall. I'm getting older, but I still need new toys. All right, that's it for me and a quick update on where I stand with phones at this point in 2018. Super excited for Android 9.0 Pie, so glad that's finally here. If you want a deeper dive on Android 9.0 Pie, please be sure to go see Alex Dobie's video over at Android Central, really good deep dive. He's going way farther into it than I went to here. Be sure to subscribe to Modern Dad channel if you haven't already.

Thank you so much for spending a few minutes with me. It mean so much to me. Hit that little notification bell thing, so you see all the new videos coming out. Gotta real interesting one on hardware keys and the new Google Titan key that I want to talk all about, so that's coming pretty soon, but that's it for now. 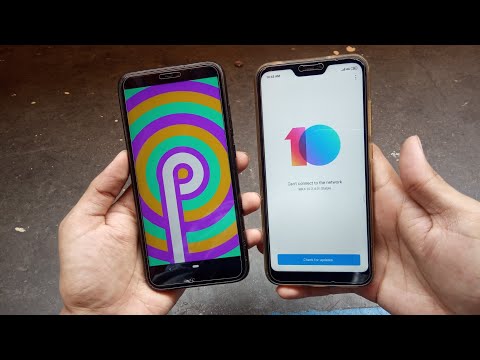 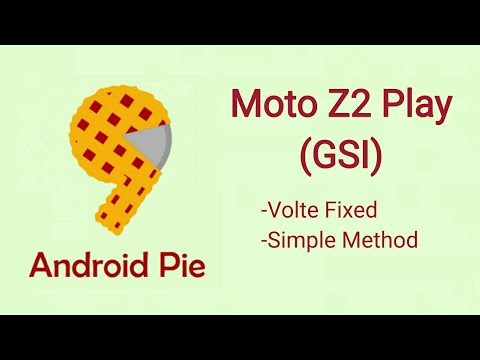